I decided to do one-pagers of each of my initial ideas just to better visualize it, and I guess make it more digestible to show off and pitch to other people!

The one-pager is split into two, the Dissertation (which will remain mostly the same across the one-pagers except the extra Portfolio Topic), and the Portfolio section which will cover the most important bits of the idea. 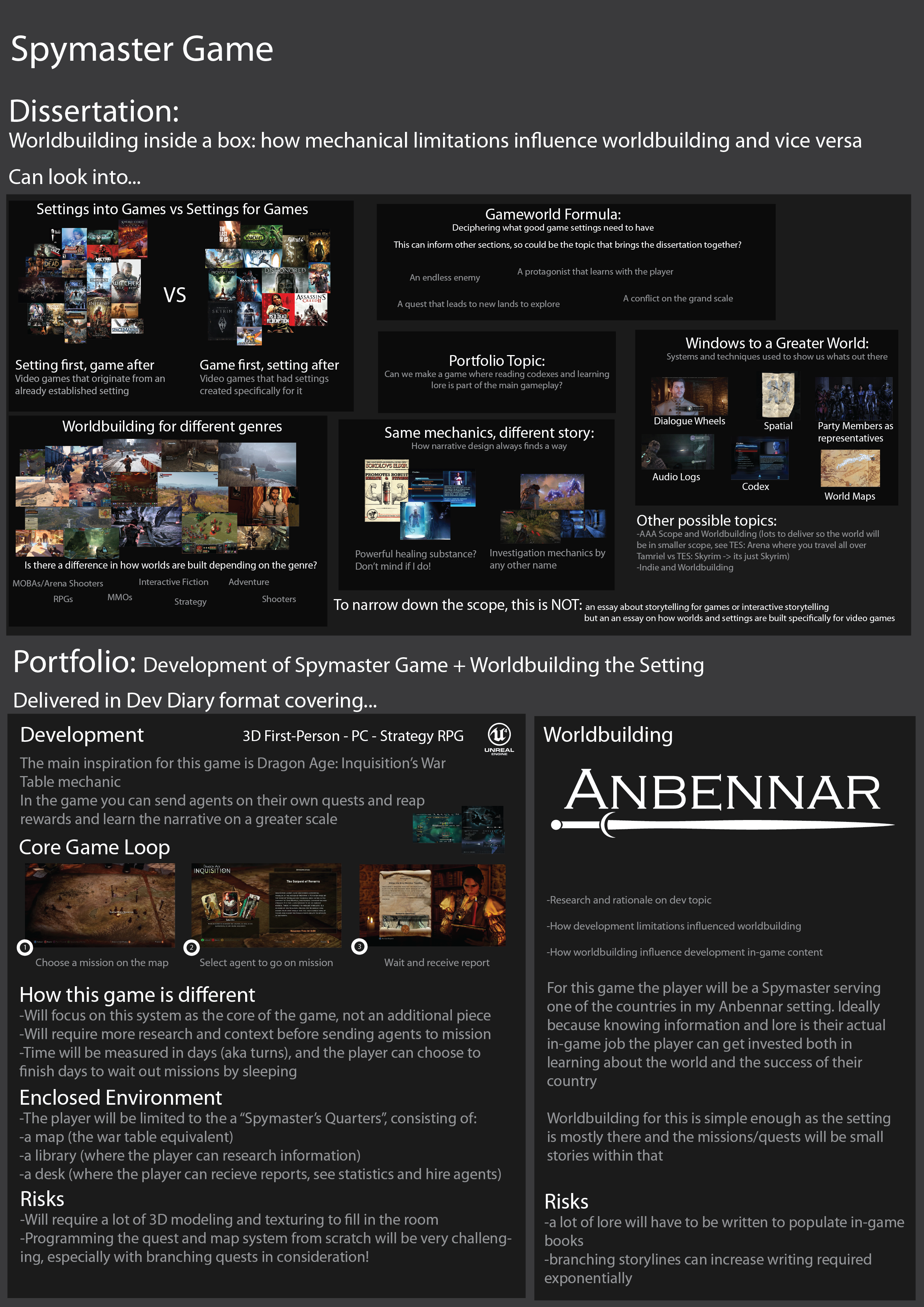 So here’s the first of my ideas, the Spymaster Game. The main gameplay is based on the War Table system in Dragon Age: Inquisition, which I believe was initially done in Assassin’s Creed III with their naval missions. I also asked around on reddit and the system has since been utilized in games such as Metal Gear Solid 5 (Combat Deployment) and World of Warcraft: Warlords of Draenor (Garrison Missions).

This one is probably the most ambitious idea of the three but the most interesting in my opinion as it allows me to do some more general worldbuilding rather than storymaking (which for the sake of doing something new shouldnt be the main focus).

I’m also very worried about this one as I’ve consulted with programmers I know and have realized that the branching questline aspect will be hard to program. I decided to create a mock quest structure to help visualize how complex it could be:

So here’s a base structure I made up, its a Quest made up of several missions with two different endings.

This is a more fleshed out version of the first mockup:

As you can see this a simple Steal Artifact Questline where the player can attempt to steal the artifact and depending on the failure rate will take the quest on different routes to retrieve the artifact. Once obtained the player then has three options on how to get it back to the base, along with an *example of the “Learning lore as a core part of gameplay” aspect of the idea.