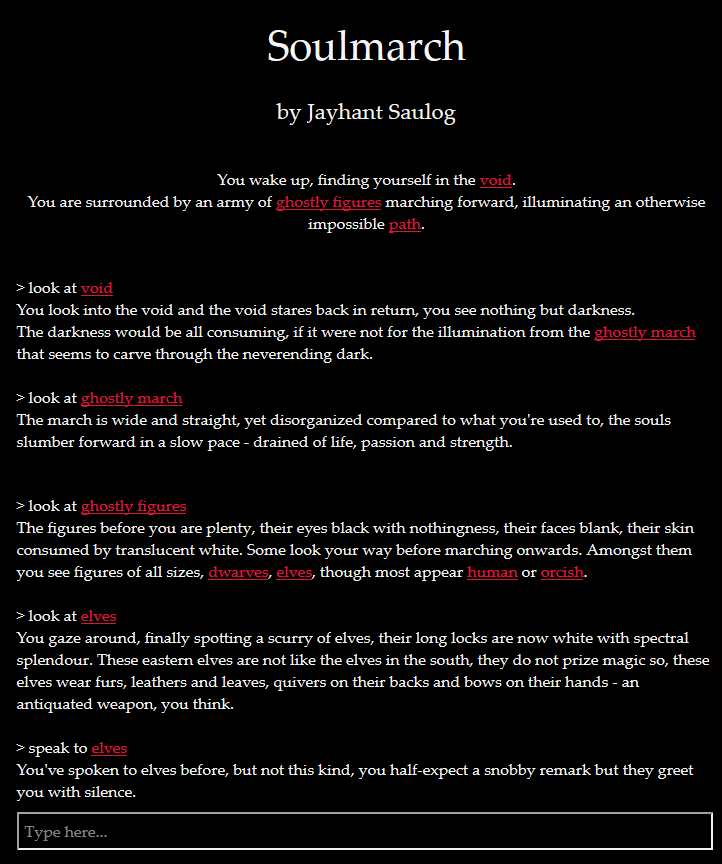 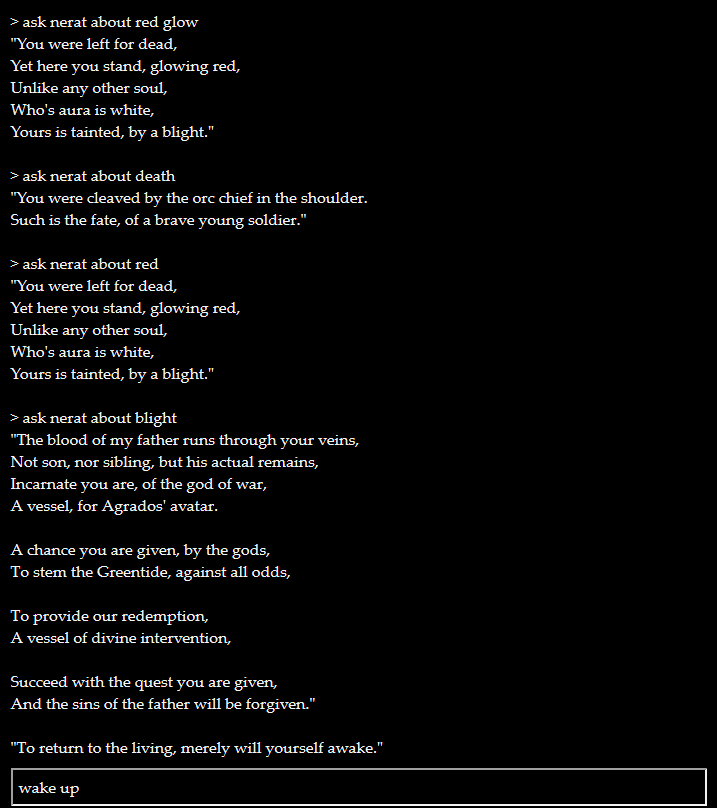 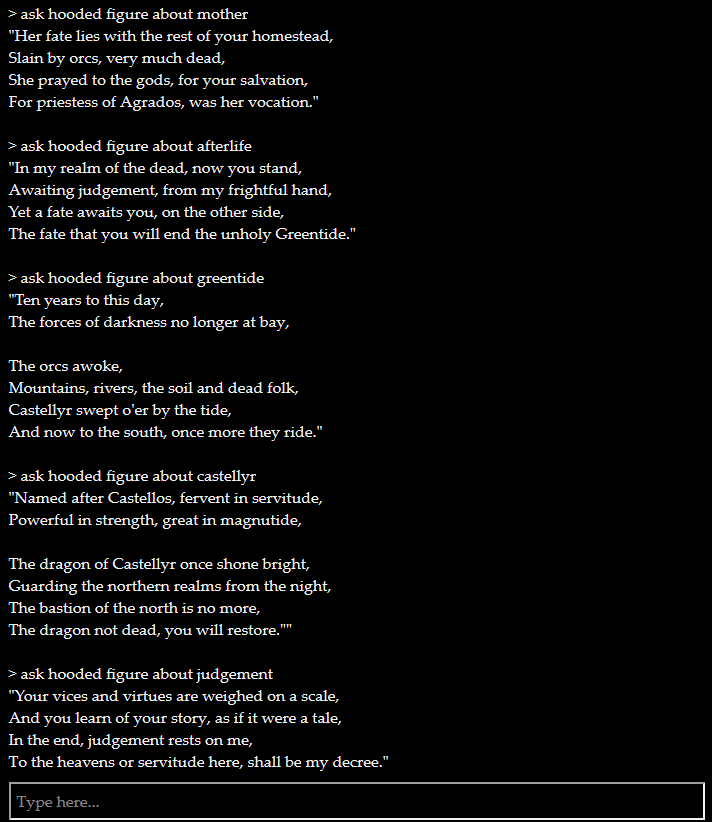 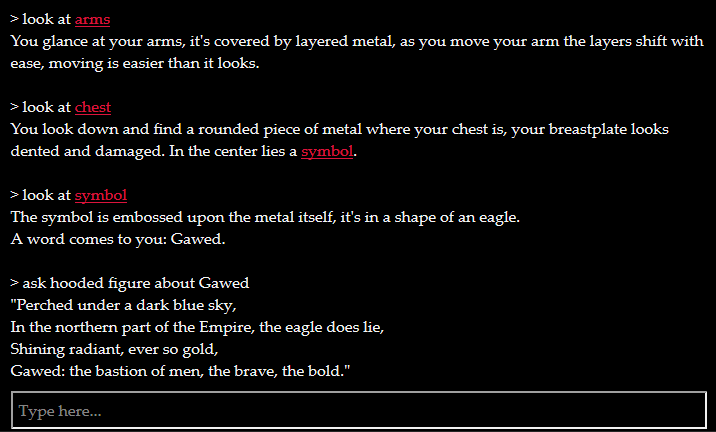 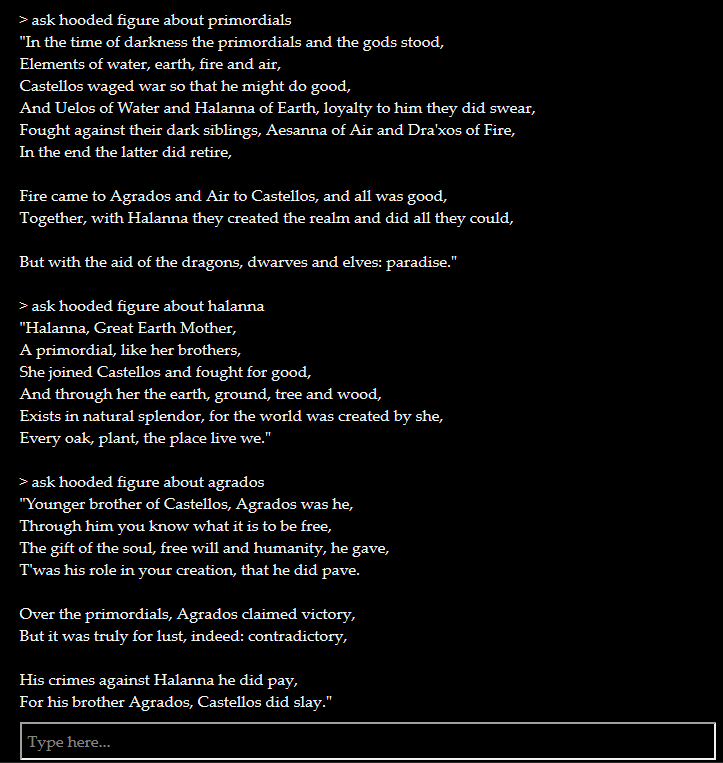 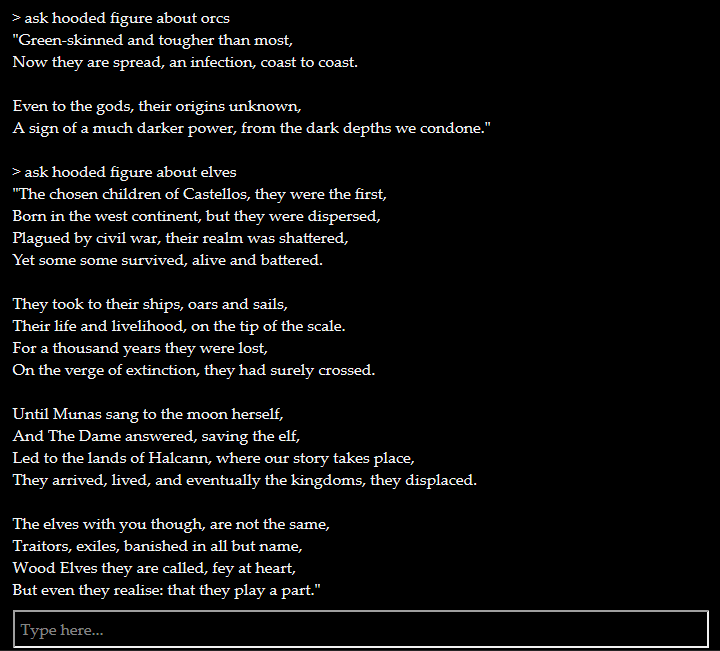 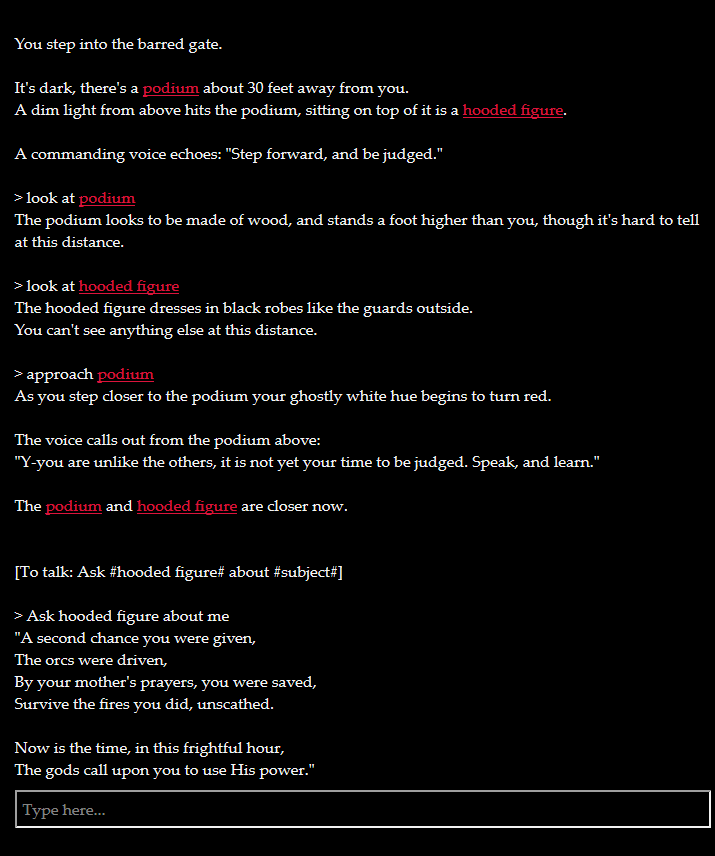 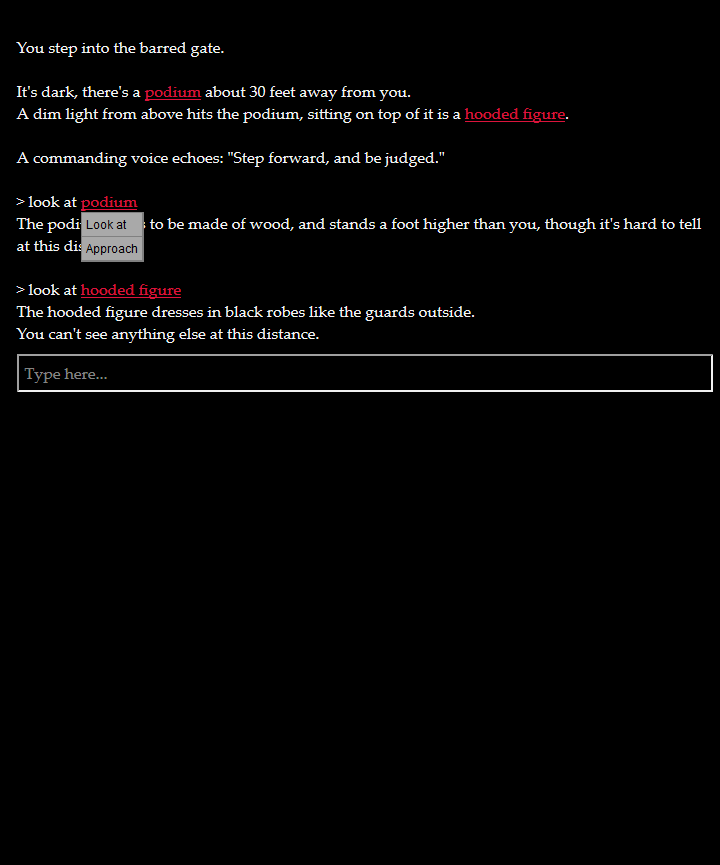 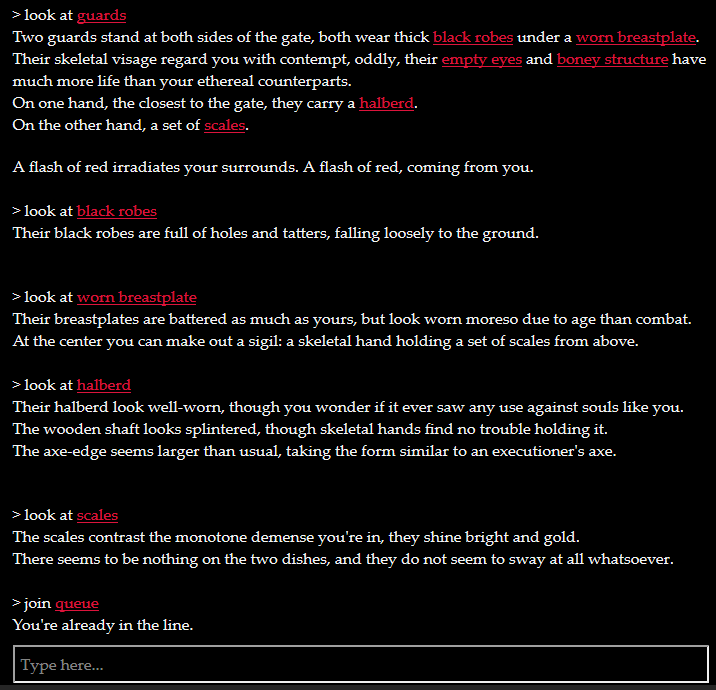 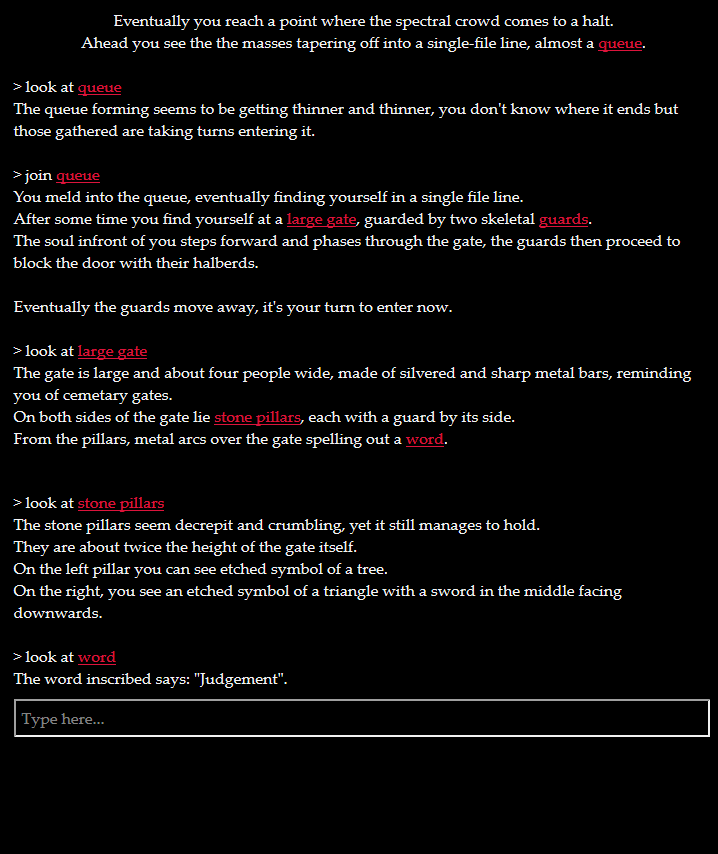 A short text-adventure focusing about a girl who wakes up in the Fugue Plane, waiting to be judged.

For Anbennar fans, this is actually the origin of Corin as a character, and as such this covers her origins as an avatar of the disgraced god of war, Agrados.

-converse with a character that speaks in rhyme

This was created for my Narrative Theory in Interactive Game Design module. Had a lot of fun writing this, especially the “Ask about X” section with Nerat (which you’ll see in the later pictures), as Nerat speaks in rhymes which was quite an interesting challenge.