Skip to content
Rope Swinging is the final Power-Up from my initial design plan and arguably the most complex one as not only does it require working with Unity Physics but also deals with procedural instantiated objects which I don’t have much experience in.

From my research I found that there’s two distinct schools surrounding this whole idea: rope swinging and grappling hooks.
While both are pretty good options I was aiming for the Indiana Jones-style rope swinging which could also allow versatility in pulling objects or rapelling/absailing.

Eventually I found a good tutorial that helped achieve the basics of the Rope Swinging variant, though I would later need to build and iterate upon it to make it my own.

This Setup was arguably more complex than the other two Power-Ups, in brief I have a base Power-Up object playerRope (like playerSpikes or playerParachute) which contain the script hookThrow. 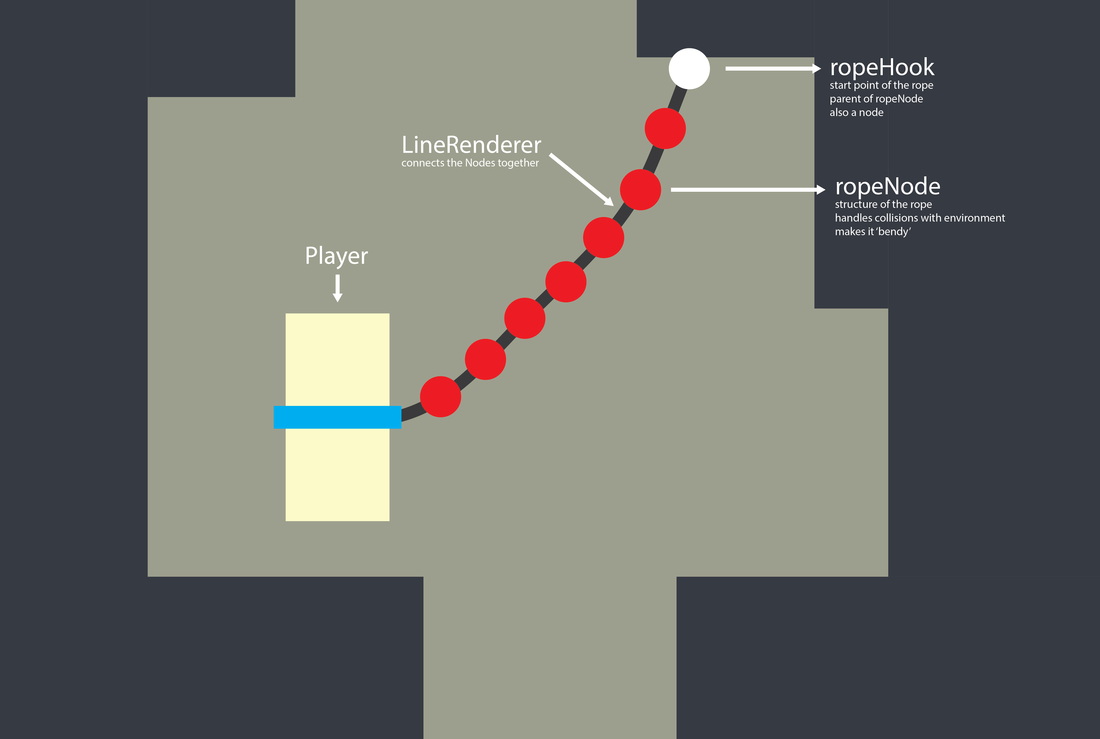 This script handles the actual throwing of the hook and its relation to the player’s controls – when future implementation of mobile controls are done it’ll be here.

The real bread and butter of the code lies in the hookRope script, above is an excerpt showing how Nodes are created.

As you can see there’s still some problems afoot which i’ll hopefully deal with next post.