Skip to content
Not a big update today as I was working on other things, but today I set up Source Control/Git for the project.

This project will get tricky later so it’ll be good to start now rather than later so I can go back to working builds if something goes wrong as well as see what when I implement certain features.

For this project i’ll be using GitKraken as my desktop interface (much easier than using command line!) and linking it with my existing BitBucket account. 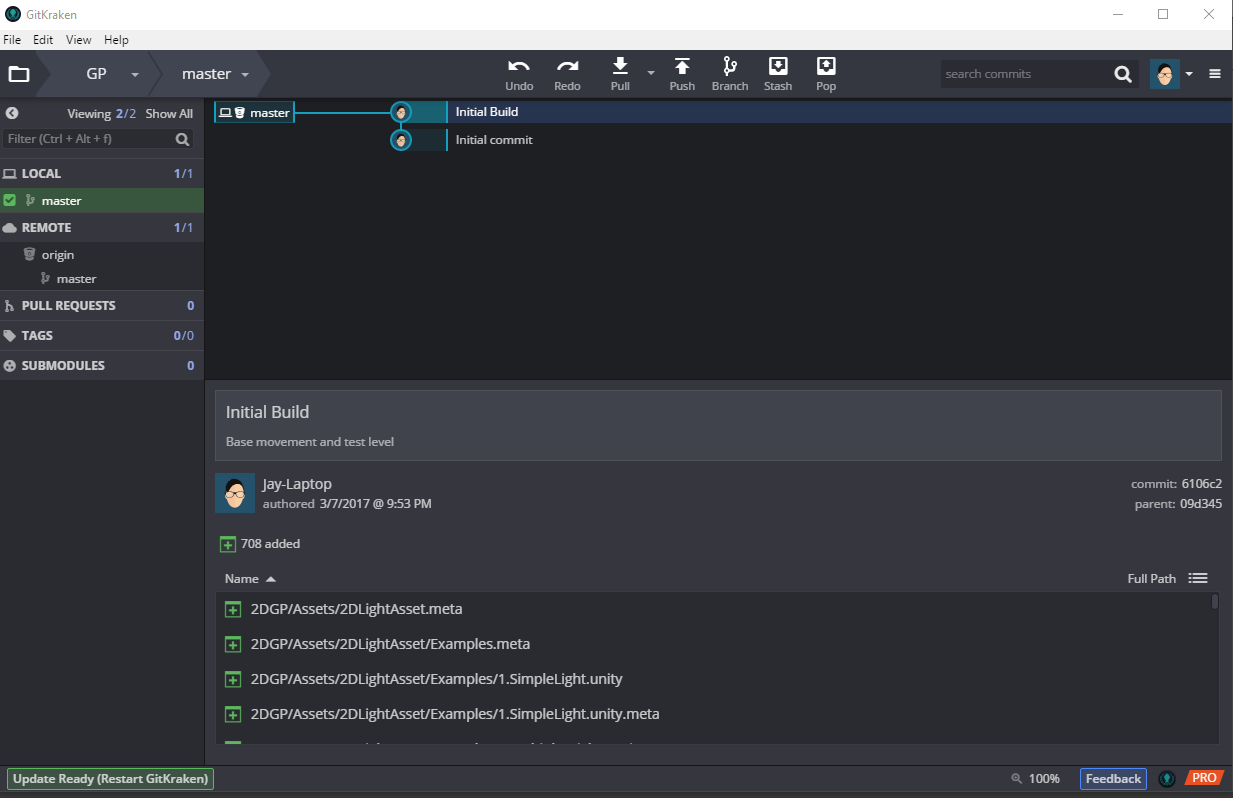