In Entry 12 I playtested and took down some notes below. I realised I hadn’t made a post concerning my actions towards the feedback (which I had been fixing/iterating ever since) so here it is:

Landing on platforms is hard, a simple element made much more interesting due to the accelerometer (the tutorial itself can be too hard!)

I also implemented a crucial aspect a few days ago: Fall Damage!
This was simple enough to do, essentially if the player’s y velocity exceeds a certain amount then its a fatalFall (a boolean) which then calls the KillPlayer function. However I did have to test falling at various heights to see what was appropriate, for now a y velocity of 15 is enough to kill you.

The other major tweak I did was to remove the spawning system (for now). As the level is short (1~ minute long) and that powerUps don’t regenerate it proved an issue when playtesting with people who died often. If I had longer levels (which I guess would go against the short-playtime ethos of the game) I would implement it back in but for now it can be shelved.

With the feedback above below is a walkthrough of my final tutorial level. The level is meant to showcase and introduce the player to the game’s core gameplay elements and mechanics.

Major changes from last time include floating tutorial text and tweaked placement of platforms and obstacles from playtesting feedback for better gameflow.

Level Plan
Above is the current level plan, while I initially wanted to focus on the whole ‘Down’ it was hard to showcase some other gameplay elements (namely on ways and situations you could use the PowerUps for)

My level didn’t actually have a initial plan but was something born naturally from making areas to test specific abilities as I made them as well as taking inspiration from tutorial objectives seen in my old level designs. 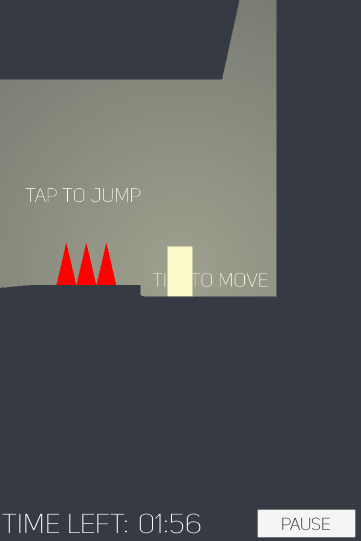 Base Movement and Hazards
This section is simple enough, straightforward text to tell the player how to move as well as an obstacle (the spikes) to move past. 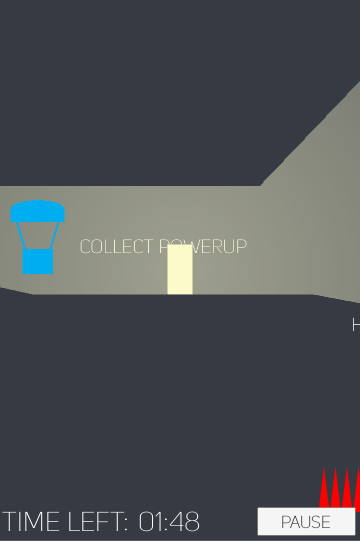 Collecting PowerUp
The first PowerUp the player sees, with text to clarify to remove any sort of confusion. 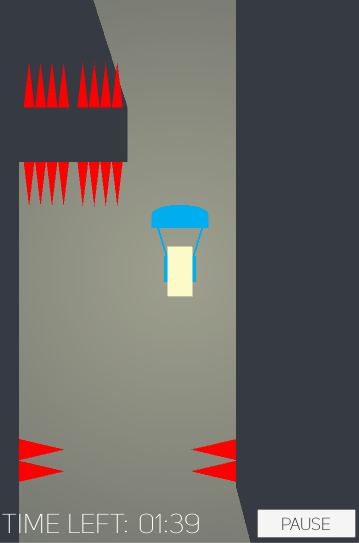 Tunnel of Spikes
A test of movement for the parachute, the upper encounter highlights the dangers of avoiding walls (as it cancels the parachute) and the lower encounter focuses on moving to avoid spikes.

In other videos the upper encounter had a sideways spike but that was removed as it was to severe a punishment after playesting with newbies. 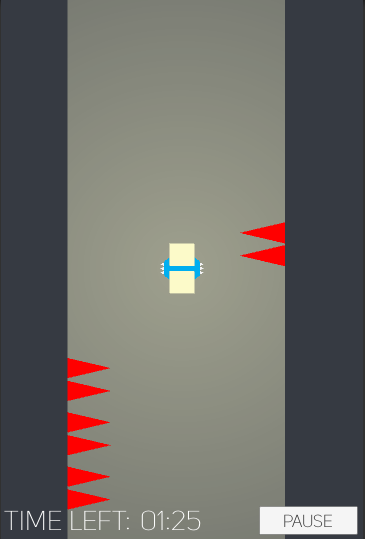 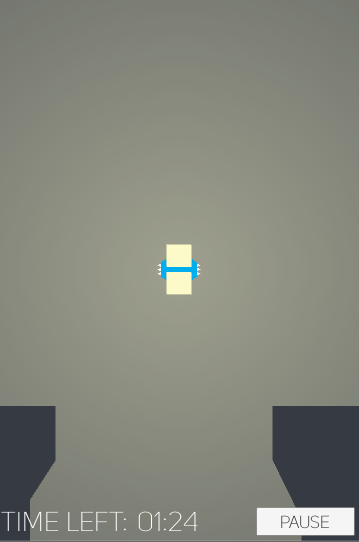 Jumping Platforms
This section (right before the rope bit) is to showcase platforming jumping elements.

If you compare it to previous videos you can recall that these platforms used to be floating ones but I added pillars to the latest version to 1. change the look and add a ‘source’ for the floating platforms and 2. to allow the player to recover by climbing up by spikes if need be. 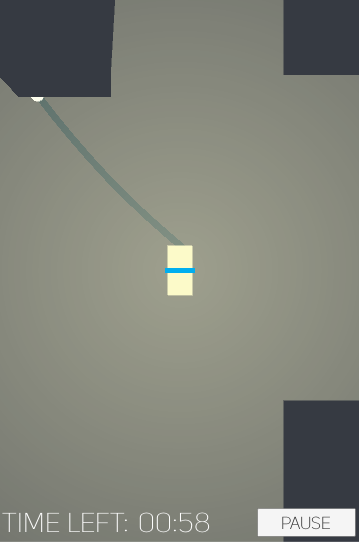 Rope Swinging
Above is the second rope swinging challenge, this one presents only a thin pillar to latch on to to highlight an aimed swing.

After some playtesting the pillar was widened a bit to be more forgiving. 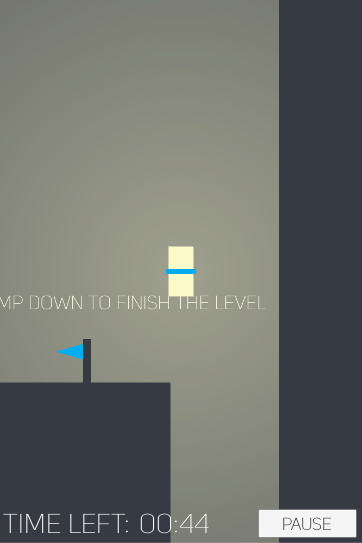 Ending
I added a little flag sprite to help identify the ending better as some people noted they didn’t know that tunnel ended the level (with the blue colouring to represent ‘good’ or the ‘right way’).